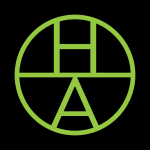 A Brief History of Pharmacy

The term “pharmacy” is defined as, “the art and science of preparing and dispensing drugs and medicines” according to dictionary.com. While the term “pharmacy” has only been around since around 1645, the concept of prescriptions and mixing medicine for others dates back thousands of years.

Today, you can find at least one pharmacy in almost every town across the United States. Getting a prescription filled is simple, and oftentimes you don’t even have to get out of your car to get it. However, this was not always the case. Just like medicine has come a long way over the centuries, so have pharmacies. Learn more about the history of pharmacies below.

According to history.com, the oldest known “prescription” dates back to ancient Mesopotamia circa 2100-2600 BC. The clay tablet lists ingredients for a variety of salves and washes to treat multiple ailments. Ingredients include mustard, fig, myrrh, and snakeskins and were to be dissolved in a liquid like wine, beer, or milk. While this might not sound like the most effective remedy, people have been making note of the world around us and ingredients that help with ailments for years

The first drugstores can be traced back to Baghdad in the eighth century AD. While little is known about the practice afterwards, the next thing we know about the history of pharmacy occurs in Europe in 1240 AD. Kind Frederick II, Holy Roman Emperor from 1215 to 1250, officially separated the professions of doctor and pharmacist and implemented regulations for both. This was a major step in establishing pharmacists as separate from medical doctors.

Apothecaries and pharmacies continued to spread across Europe and Asia throughout the centuries. The rise of the Bubonic Plague in Europe saw a steep rise in the need for pharmaceutical services, and by the 1600s, the demand for compounded medicines increased significantly.

Pharmacy in the West

In the United States, cities like Boston and New York hosted the first American pharmacies in the 17th century. In fact, Benedict Arnold, the infamous traitor during the Revolutionary War, was an apothecary.

In 1820 the United States Pharmacopeia was created. This guide set in place a system of standards for professional pharmacists to follow. Shortly thereafter in 1821, the Philadelphia Collene of Pharmacy was established. This was America’s first official school of pharmacy.

After the 1850s, the major strides made in the pharmaceutical realm came quickly and changed modern medicine. From the development of the rabies vaccine in 1885 by Louis Pasteur to the successful creation of aspirin in 1892 by Felix Hoffmann, many pharmaceutical advancements permanently changed the medical landscape. Other notable events include the discovery of penicillin, the development of the FDA, and the creation of the polio vaccine.

At Mullaney’s Pharmacy + Medical Supply, we provide the perfect balance of professionalism you expect and the personal touch you deserve. We are your premier local independent pharmacy that will be here for you long-term. From retail and compounding to long-term care services, we offer it all.

We provide services not found at other pharmacies, including our Prescription Sync program that refills prescriptions on the same day each month and our Medi+Pak program that places all of your medications into pouches organized by day and time.

To learn more about our pharmaceutical services, contact us.